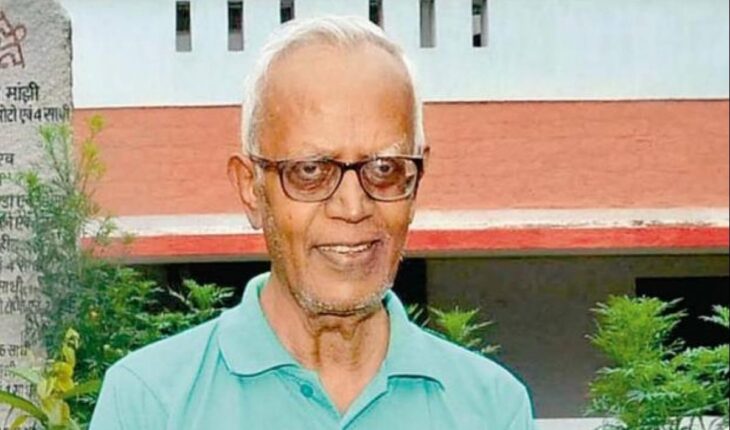 Social Activist Fr. Stan Swamy, who was jailed and awaiting a bail hearing in the Elgar Parishad-Maoist links case, passed away in Mumbai on Monday. He was 84.

Fr. Swamy’s lawyer told the Bombay High Court bench on July 5 — during his bail plea hearing –that the priest’s medical condition had deteriorated late Sunday night, before going into cardiac arrest at 4.30 am that resulted in his death.

The 84-year-old Jesuit priest had been admitted to the Holy Family hospital in Bandra, North-west Mumbai for undergoing treatment, following a court order on May 28. His condition, however, worsened last week and he was put on ventilator support on Sunday before passing away.

Last week, he had filed a plea in the HC — challenging section 43D(5) of the Unlawful Activities Prevention Act (UAPA) that strongly prevented grant of bail to an accused charged under the Act.

The Elgar Parishad case had highlighted speeches during a conclave in Pune on December 31, 2017  which — police claimed — triggered violence the next day near the Koregaon-Bhima war memorial located on the outskirts of the western Maharashtra city.

While the police claimed the conclave was organised by people with alleged Maoist links, the priest his co-accused were charged by the National Investigation Agency (NIA) as being members of frontal organisations working on behalf of the banned CPI (Maoists).

Meanwhile, they were sent to Taloja jail in Navi Mumbai, where his health started deteriorating alongside his repeated complaints of inadequate health facilities there. When HC pleas, oral and written statements failed, he told a May vacation high court bench hearing – via video-conferencing – that he would” die soon” without interim bail and medical treatment.

The priest had been suffering from several ailments, including the Parkinson’s disease.  However, the NIA had – last month — filed an affidavit before the HC opposing his bail plea, while stating that there was no “conclusive proof” of his medical ailments  and also alleging that he Swamy was a “Maoist, who had hatched a conspiracy to create unrest in the country.”