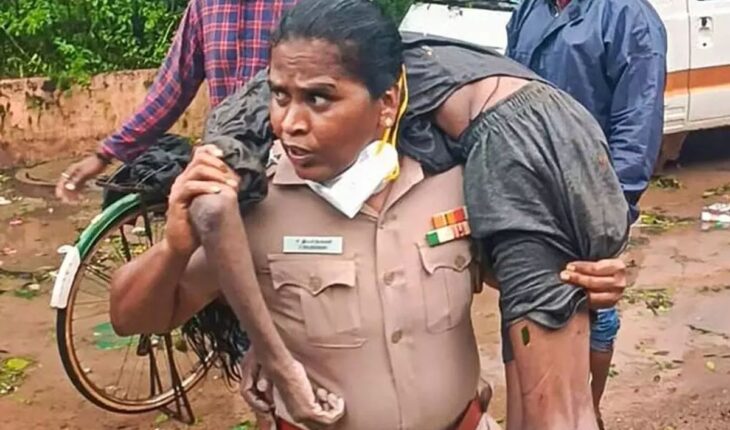 While Chennai is battling non-stop rains, the video of a female cop carrying an unconscious man on her shoulders after rescuing him from a fallen tree has gone viral on social media. The clip displays Inspector E Rajeswari carrying a 28-year-old man to an autorickshaw.

Rajeswari received a call around 8.15 am in the morning, the call from the control room said that a man, R Udhayakumar, had apparently died at the cemetery in the TP Chatram area after a branch had fallen on him, According to the news reports.

The woman cop rushed with her team to the cemetery spot. After removing the fallen tree, they saw that Udhayakumar was unconscious. Udhayakumar and his friend, both of whom worked at the cemetery, had become unconscious due to imbibing too much alcohol.

In the 1.28 minute clip, the 53-year-old police officer can be seen carrying the man on her shoulders and trying to take him to the patrol vehicle. She spotted a rickshaw right away and rushed the man to the hospital along with his friend.

She instructed the driver to save Udhayakumar at all costs. Later on, the police reported that Udhayakumar was out of danger and just suffered few concussions.

According to NDTV, the 53-year-old female cop has been “into athletics” and does not “think twice” before rushing in to save a life.

Rajeswari’s heroic act is being praised by internet users, where people have saluted her efforts. Others admired her dedication to save the man’s life. Also, others added that the woman inspector had made them proud. 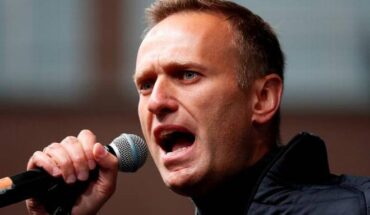