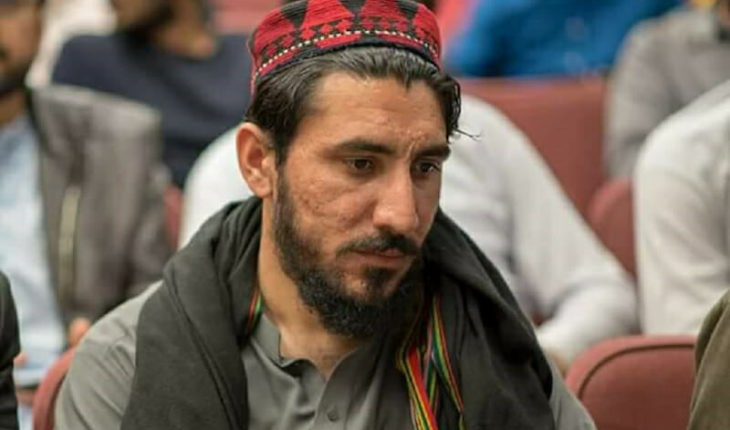 Manzoor Pashteen ‑ a compelling, bearded tribesman in his late 20s ‑ is the unlikely figurehead for protests that have now mushroomed into a wider movement that threatens to upset a precarious balance ahead of general elections in Pakistan. The 26-year-old, who is drawing comparisons to Badshah Khan, is giving jitters to the powerful Pakistan army.

A trained veterinarian, who is never seen without his trademark “Mazari hat” or “Pashteen hat”, Pashteen has been drawing huge crowds across Pakistan since February this year with his non-violent Pashtun Tahafuz Movement (PTM).

Pashteen speaks Pashto in his native Mehsud dialect. But unlike other young tribesmen he is educated, and can speak Urdu and English with the same ease. According to Marvi Sirmed, an Islamabad-based journalist, “Manzoor Pashteen is a new Pashtun hero. After Badshah Khan, he is the second Pashtun who has mass appeal among Pashtuns and non-Pashtuns.”

He was  quoted as saying by Indian Express that he never realised he would get such support but he’s clear about what needs to change. “People were oppressed. Their life had become intolerable. Curfews and insults by the army soldiers had stripped them of their pride,” he told BBC Pashto’s Khudai Noor Nasar in March.

Since February, he and his supporters have travelled across the Pashtun heartlands, from Quetta to Peshawar, attracting huge crowds and exposing never-ending stories of misery, death and destruction. Many see the PTM as breaking new ground in the political landscape of a country where proxy wars have disenfranchised large populations not only in tribal areas and the north-west, but also in Balochistan, southern Sindh province and the northern areas along the border with China.

Pashteen has said his movement won’t participate in electoral politics. But even then, one expects them to have a strong off-stage voice when elections are held this summer.

The PTM started off as a conversation among student leaders at Gomal University in Pakistan’s Khyber Pakhtunkhwa (KP) province in 2014. It was then called the Mehsud Tahafuz Movement, and was confined to South Waziristan, the area in which the Mehsud tribe lives. As Mehsud tribesmen from FATA (Federally Administered Tribal Areas) call themselves Pashteen, Manzoor draws his surname from there.

The PTM remained a floundering movement until January, but gained unexpected momentum following the death of Naqeebullah Mehsud, an aspiring model from Karachi who was killed by police as part of a raid on a group of militants aligned with the Tehrik-i-Taliban Pakistan. An investigation showed that Mehsud had no ties to the terror group.

Following Mehsud’s death, the PTM held a series of rallies throughout the country, called the ‘Pashtun Long March’, drawing more and more crowds. As part of the march, a 10-day dharna was held in Islamabad, where provocative slogans were raised against the army, the most popular being “Ye jo dehshatgardi hai, iske peeche wardi hai (Behind this terror, there is the uniform)”.

The PTM originally had five main demands, including Abolition of Frontier Crimes Regulation in FATA, release of missing persons and an end to extra judicial killings, stopping humiliation at security checkpoints and removal of landmines in FATA. Some of these demands have been partially met by the army but the PTM has now expanded its agenda. It now wants international guarantors for any agreement with the government, and trial and arrest of former dictator Pervez Musharraf.

Pakistan has more than 35 million Pashtuns, the second-largest group among the country’s population of nearly 210 million. The movement’s anthem is ‘Da Sanga Azadi Da (What kind of freedom is this)?’. After the Islamabad dharna, whenever the PTM has held public meetings, they have openly criticised the Pakistan army.

Veteran Pakistani journalist Rahimullah Yusuzai says the PTM’s criticism of the army is “not normal” in Pakistan. “The army actually believes it has offered tremendous sacrifices and brought peace to Pakistan. “The army establishment sees Manzur Pashteen having the appeal of Frontier Gandhi. Since he calls for a purely peaceful struggle to win Pakhtun rights, he is very dangerous. It would have been far simpler had he called for armed struggle — they could have easily crushed him and his PTM,” says Pervez Hoodbhoy, professor and columnist.

So far there has been an almost total media blackout of PTM rallies, which attract substantial support. It is a notable contrast to the air time given on Pakistan’s increasingly controlled media to small bands of anti-PTM protesters. Those didn’t get much traction with the public and are suspected of links with the military.

The journalism advocacy group Reporters Without Borders says, “The latest subject to be placed off limits is the Pashtun (Protection) Movement, which has been organising protests in defence of Pakistan’s Pashtun minority and denouncing human rights violations by the military targeting Pashtuns.”

However, Pashteen and the PTM have got around this through social media, with the nervous army unable to counter them on Twitter, Facebook and WhatsApp, platforms beyond its direct control.

Well-known lawyer and columnist Babar Sattar has written that Pashteen’s social consciousness may be rooted in his Pashtun identity, “but the questions he is asking are relevant for all of us”.

The debate triggered by the PTM is about the “coercive relationship between a citizen and the Pakistani state; [about] the character, priorities and actions of our state that are undermining… their rights to life, liberty, dignity and equality”.

Pashteen was born and raised in South Waziristan, which was the earliest of the Pakistan Taliban sanctuaries in the post-9/11 period. Like many other tribal districts and parts of the north-west, the local population’s freedoms and livelihoods were held hostage – either by the army or the militants, who were seen as the military’s proxies despite all the denials.

The son of a school teacher, he was lucky to have easy access to education which continued when his family left conflict-ridden South Waziristan in 2010. It was a time when families had to move from their villages and take refuge in faraway towns and cities like Bannu, Peshawar, Lahore and Karachi. 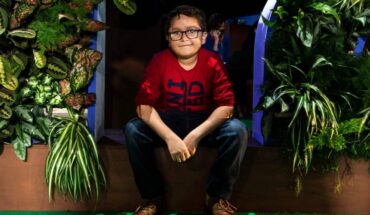