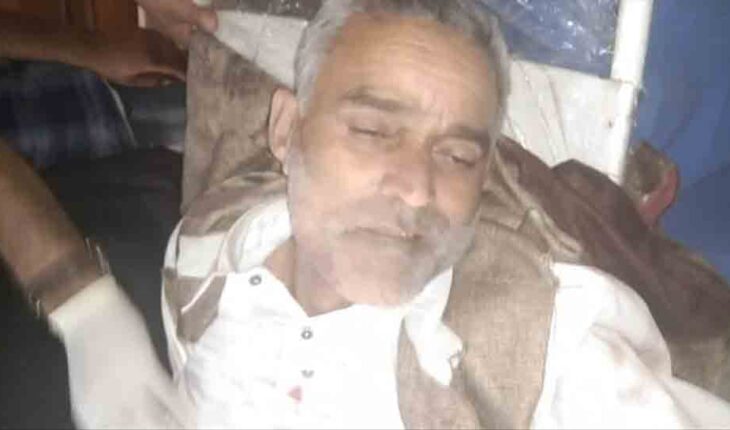 An official said that JKAP Zonal President Devsar, Ghulam Hussain Lone was shot outside his residence after which he received critical bullet wounds. “He was shifted to district hospital Kulgam for treatment, where he was declared dead on arrival,” hospital sources said.

Medical Superintendent of the Kulgam hospital, Dr Muzafar Zargar told KNO that the man was declared dead on arrival.

Lone was previously affiliated with the People’s Democratic Party and had switched back to Apni Party a few months ago. A police official said that the area has been cordoned off to nab the attackers.

Lone’s killing is the fourth in the past two weeks in South Kashmir. A BJP sarpanch and his wife were killed in Anantnag last week and two days back another BJP leader was killed in Brazloo Jageer area of Kulgam.

Lone’s killing evoked widespread condemnation from mainstream political parties including the PDP, the National Conference and the People’s Conference

“Unfortunately there seems to be no end to the spree of political killings in Kashmir. Unreservedly condemn the killing of Apni party leader Ghulam Hassan Lone. My deepest condolences to the bereaved family,” PDP chief Mehbooba Mufti tweeted.

“Very sorry to hear about the assassination of Ghulam Hassan Lone in Devsar area of South Kashmir. This renewed trend of targeting mainstream politicians by militant outfits is very worrying & I condemn the same in the strongest possible terms. May Allah grant the departed Jannat,” Abdullah tweeted.

“Violence only brings miseries to people. Such killings only create more widows and orphans. These heinous acts must cease,” he added.

In a statement issued here, Bukhari termed the news as extremely unfortunate while saying that such attacks are intended to stop the current ongoing peace process in J&K.

“These reprehensible acts of violence are going to yield nothing but they only add to the sufferings of the people. Nothing can justify the cold blooded innocent killing of a political worker who was just trying to resolve the pressing issues of the people of his area,” he said. “This is a moment of utter grief and gloom for Apni Party wherein we have lost a valuable member to this insane cycle of violence. We pray for eternal peace to the deceased and endurance to the family to bear this huge and irreparable loss.” The party leadership unanimously urged the J&K government to take a review of the security situation and implement all necessary measures to prevent such attacks on the political affiliates.