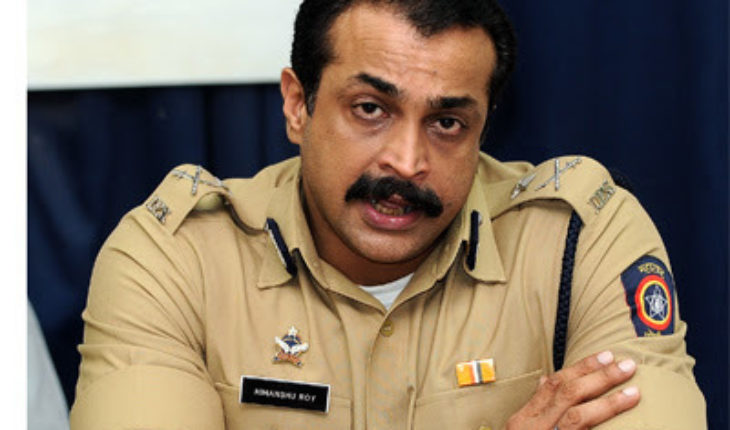 Himanshu Roy, a senior Maharashtra police officer involved in many high-profile investigations, committed suicide by shooting himself at his home in Mumbai on May 11. He was battling cancer and had reportedly been depressed. The police have found a suicide note.

The 1988 batch Indian Police Service (IPS) Officer allegedly shot himself with his revolver at his residence — Suniti building in Nariman Point — while he was alone in the afternoon. His wife, Bhawna was in the adjoining room. On hearing the gunshot, his wife and staff including his driver and operator rushed to his bedroom and took him to the Bombay Hospital where he was declared dead on arrival.

In a one-page suicide note he left behind, Roy allegedly said that he was ending his life as he was depressed due to his illness. An officer from the Cuffe Parade police station said, “Roy woke up in the morning and went about his routine. He had breakfast, as usual. After taking his medicine he went back to sleep and woke up for lunch and sat in his bedroom. Minutes later his wife heard the gunshot.”

His body was taken to Gokuldas Tejpal (GT) Hospital for the portmortem by Friday afternoon. According to forensic experts, Roy, died due to firearm injuries. Later in the day, he was cremated at the Chandanwadi crematorium with state honours.

A former chief of the Anti-Terror Squad of Maharashtra, Himanshu Roy had gone on medical leave over a year ago, shortly after being posted as an additional Director General in charge of police housing.

A charismatic officer and one of the best known faces in the Maharashtra police, Himanshu Roy led investigations into several big cases including the 2013 Indian Premier League spot-fixing, the 2012 murder of lawyer Pallavi Purkayastha and the J Dey murder.

While he was heading the anti-terror squad, he arrested software engineer Anees Ansari for allegedly planning to blow up the American School in Mumbai.

Roy, who was battling cancer and had a relapse was on leave for over a year, had even visited the United States of America for treatment.

Born on June 23, 1963, Roy was an alumnus of St. Xavier’s College, Mumbai. Roy was an IPS officer of the 1988 Maharashtra cadre, and had worked as the Joint Commissioner of Police (Crime) in Mumbai. In 2016, Roy was appointed as ADG (Establishment) in Maharashtra. Before that, he served as the Additional Director General of Police (DGP). After passing out in 1985, Roy went on to become a Chartered Accountant (CA). He then gave civil services exam and became an IPS officer on August 21, 1989.

One of his first postings was Malegaon where he was posted from 1991 to 1995. There, he handled the fallout of the post-Babri demolition riots. After another stint in Ahmednagar, Roy was posted in Mumbai in March 2001. For four years between 2004 – 2008, he was the commissioner of Nashik police after which he returned to Mumbai

Roy, who was joint commissioner of police (Crime) from 2012-2014, is credited with leading the investigation into the 2013 Indian Premier League betting scandal. He was responsible for the arrest of actor Vindoo Dara Singh, son of wrestler Dara Singh, for alleged links to bookies in the spot-fixing case. However, Vindoo was later released on bail on June 3, 2013 by a Mumbai court. Roy was responsible for the arrest of Gurunath Meiyappan, son-in-law of former ICC president N Srinivasan and owner of Chennai Super Kings franchise in the same spot-fixing case.

He was then transferred to the state ATS. During his tenure as the agency’s chief, software engineer Anees Ansari was arrested for allegedly planning to blow up the American school at the Bandra Kurla complex.

The former Mumbai top cop is also credited for setting up Mumbai’s first Cyber Crime Cell, devising effective anti-dacoity measures in rural Maharashtra and establishing a special cell to deal with crimes related to women. In 2014, Roy, along with Rakesh Maria, became the first police officer in Mumbai to be given Z+ security cover.

Crime branch officers to this day recall Roy as one of those officers who “trusted them and gave them a free hand.” A police inspector, who had worked with Roy in the crime branch, said, “He did not believe in taking regular updates from officers every week like some officers did. He told us that I trust you and gave us a free hand. If things did not work out sometimes, he stood by us. ” The officer added, ” Some of the best police detections took place under his tenure. We all tried to best to deserve the trust he had in us.”

Another officer said, “Another good thing about him was that he did not hog the credit when a case was detected. Some senior officers do not like it if the names of juniors appear prominently in the media. Roy Saab would encourage us to showcase the good work done by us.” Roy also had good relations with the media and is remembered as a ‘co-operative officer’ who was ready to help journalists whenever approached. Roy was also known to be very careful about how he appeared. He was known to request journalists to use a particular photograph of his in the newspapers.

His death has stunned his colleagues. “He was a very bright officer. Such a tragedy,” said MN Singh, who was his superior once. The officer — regarded as committed, sharp and popular — had seven years of service left. Lately, he had “lost weight and seemed depressed,” said friends.

Former Mumbai police chief Arup Patnaik said: “He was a fitness freak. He was at an advanced stage of cancer and couldn’t take it anymore. It is very, very unfortunate.”

In 2015, Himanshu Roy was among police officers seen to be sidelined after they wrote to the Maharashtra home department alleging poor treatment by seniors and favouritism in transfers. He lost his elite posting at the anti-terror squad and was moved to an insignificant role in charge of housing.

Months later, he went on medical leave. In recent months, his colleagues and journalists had heard him talk about retiring early from the police force. 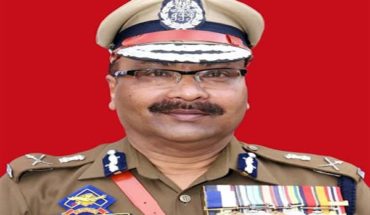