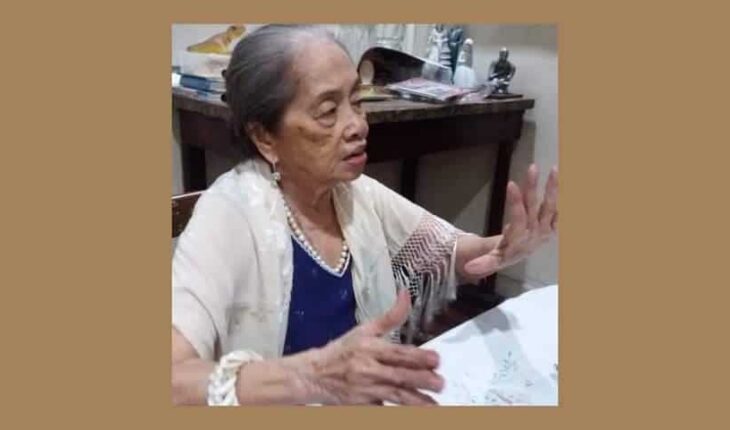 Award-winning poet Virginia Reyes Moreno died on August 14. She was 98.

Her death was announced in a post on her Facebook page, where her family members and many of her friends in the literary world also posted tributes.

In the literary scene, Moreno is known as the “high priestess of FIilipino poetry,” or simply as “Aling Barang.”

She was born in Tondo, Manila, and studied at the University of the Philippines, where she would eventually end up teaching humanities.

She released her first poetry collection Batik Maker and Other Poems in 1972. In the same year, the collection won her the prestigious Palanca award. She was also a playwright, penning plays such as Straw Patriot, and The Onyx Wolf.

In 1984, she received the Southeast Asian Writers (SEA Write) Award, which recognizes literary excellence in the region.

Her legacy also lives on in the UP FIlm Center, where she stood as founding director in 1976.