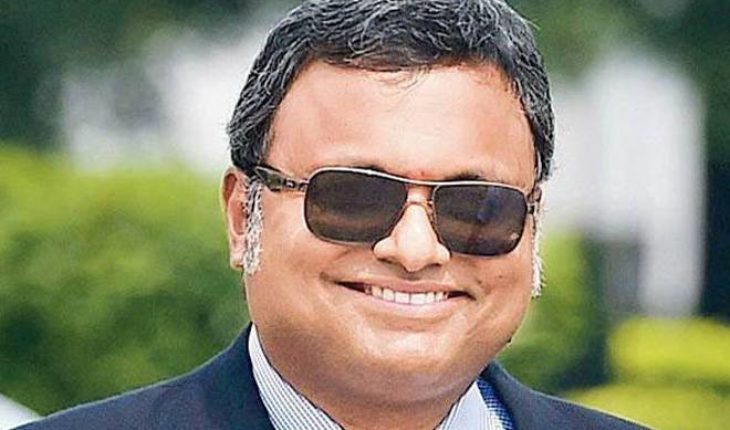 Karti Chidambaram, who was arrested in the INX Media case, has been remanded to five days of CBI custody by a Delhi court.

He is to be produced again on March 6. The CBI and the ED had sought 14-day custody showing documents of money deals and confessions of bribe-giver Indrani Mukerjea and Chartered Accountant Bhaskar Raman.

Special Judge Sunil Rana reportedly extended Karti’s custody till March 6 after the CBI contended that there were “very shocking evidences” of what he has done when he went abroad and alleging “when he went abroad, he closed bank accounts in which funds were received”.

The CBI and the ED produced documents of Karti’s money trail from INX Media in the courtroom and said that its promoters Peter Mukerjea and Indrani had met then Finance Minister Chidambaram.

The agencies were represented by Additional Solicitor General (ASG) Tushar Mehta, while Karti was represented by Congress leader and noted lawyer Abhishek Singhvi, who argued for more than two hours. Singhvi contended that there was no need for arrest as Karti has already been subjected to interrogation for many days and the matter is 10 years old. He also said that it was Chidambaram as the Finance Minister in 2013 who had actually ordered a probe into the INX Media case. The CBI said it was different matter related to share-holding pattern and Karti’s sustained interrogation is a must in this case.

Judge Sunil Rana allowed advocates to meet Karti in the morning and evening for an hour during custody, while declining his request for food from outside.

Karti was produced before the court on expiry of one-day CBI custody amidst the presence of his parents P Chidambaram and Nalini Chidambaram, both senior advocates, and were seen talking to him. Reaching the courtroom around 2.30 pm, Chidambaram walked up to his son, who was brought to court by the CBI. “Be stern. I am here,” he told Karti. Karti was seen quarrelling with CBI officers on many occasions.

Before delivering the order, Judge allowed him to interact with family members. When Karti was found talking with friends in Tamil, CBI officers warned him and said he should speak in English. Karti retorted to them that they should only speak in English and avoid Hindi with him. CBI officers reminded Karti that he is in custody and they are not and he should obey orders.

Additional Solicitor General Tushar Mehta, appearing for CBI, maintained that this was “not a case of political vendetta” and the investigation was going on in accordance with Article 21 of the Constitution.

Even though Karti did not complain of any uneasiness during his regular medical check up on Wednesday, doctors at Safdarjung Hospital last night sent him to cardiac care unit and he was brought to CBI office only in the morning.

Due to his hospitalisation, the CBI’s one-day custody was virtually wasted as it got Karti’s custody only at 7:30 pm and he returned from the hospital this morning, he said.

Senior advocate Abhishek Mani Singhvi, who is leading a team of lawyers for Karti, contended that in connection with the May 2017 FIR, CBI has spent roughly 22 hours with Karti in August last year and no fresh summons was issued to him after August 2017 till date, which shows the agency has nothing more to ask him.

“The only way of establishing non-cooperation is to issue summons. You never tested my non-cooperation. Sudden arrest after six months. Its bizarre, I am arrested as I stepped out of plane.

“There is not an iota of evidence against Karti. He is being arrested despite complying with court orders repeatedly.” he said

Singhvi asked if Karti has done something illegal while being abroad, why didn’t CBI file a contempt petition before the court which allowed him to travel abroad

The CBI said that in May 2007, first FIPB approval was given to INX Media and in April 2008, this reference was made in the Finance Ministry

From June 2008 onwards, the payment of the bribe money was started. The second FIPB approval was given on November 2, 2008. We are investigating whether the April 2008 reference was a “pressure technique”, the CBI contended

“We have emails and invoices indicating money was given to Advantage Strategic Consultancy Private Limited (ASCPL), which is related to Karti, around the time period when INX Media received favours

“There is substantial evidence with the agency which needs to be confronted with Karti. Three mobile phones have been recovered from him which need to be examined. 14 days is the minimum time required to keep him in custody,” Mehta contended

Karti was arrested on Wednesday at Chennai Airport on his return from the United Kingdom in connection with the FIR lodged on May 15 last year alleging irregularities in the Foreign Investment Promotion Board (FIPB) clearance to INX Media for receiving overseas funds to the tune of Rs 305 crore in 2007 when P Chidambaram was the union finance minister.

Hearing of his son’s arrest, Chidambaram who landed at Heathrow airport in London on Wednesday afternoon cancelled his programmes in Oxford and returned to India.

In their FIRs, the CBI and ED accused Karti of accepting bribe of around Rs 5 crore from INX Media promoters Peter and Indrani Mukerjea. In 2007, the INX Media got FIPB clearance to bring just Rs 5 crore as FDI. But the company illegally brought in Rs.306 crore through tax havens including Mauritius, said the agencies. Chidambaram has been accused of giving post factor clearance for the enhanced investment as the head of the FIPB.

The agencies in their chargesheets said that Chidambaram dishonestly and illegally approved the FIPB’s post facto clearance to save Peter and Indrani from Income Tax’s huge penalty.

According to investigators, Indrani has confessed that her first meeting with Karti took place n Delhi’s Hyatt Hotel where he agreed to do her the “favour” for a kick back of one million dollars. It is learned that Indrani and Peter also met Chidambaram later. The amount was transferred to Karti’s firms, Chess Management Services, and Advantage Strategic Consulting Private Limited.

The INX media scam was unearthed during the joint raid of ED and Income Tax in December 2015 at Karti’s companies in connection with Aircel-Maxis scam. The investigators seized a hard disk from the Karti’s firms, unearthing details of the family’s properties and hotels and farmhouses in 14 countries and 21 undeclared foreign bank accounts, media reports said.

Karti Chidambaram is married to Dr. Srinidhi Rangarajan, a Bharathanatiyam dancer and physician who works with Apollo Hospitals. They have a daughter, Aditi Nalini Chidambaram. He is an avid tennis player who had won many tournaments. 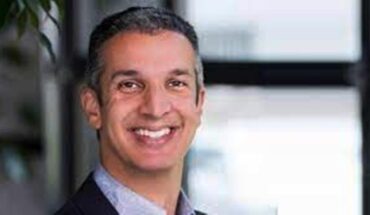 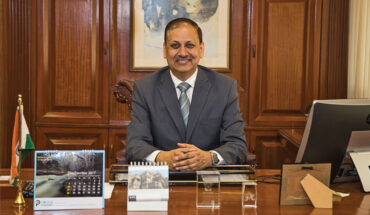 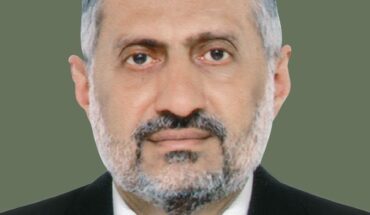 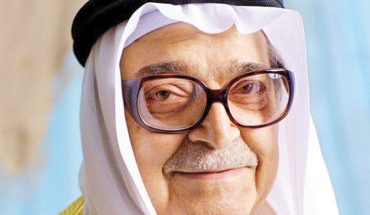